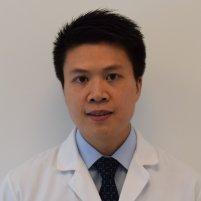 Nosebleeds are so common that everyone in the world experiences at least one nosebleed in their lifetime. Although nosebleeds usually aren’t serious, you should know how to manage them if they happen and when the signs are serious enough to get medical attention. Norman J Chan MD has helped countless patients in Chinatown, New York, address the causes of their nosebleeds so that they happen less frequently and patients are sure they don’t have a serious underlying condition. To learn more, call the office, or use the online scheduling tool to book a consultation today.

During a nosebleed, blood flows from one or both of your nostrils. The flow can be spotty or heavy, and the bleeding can last from seconds to a few minutes.

Most nosebleeds are from the front part of your nose, and common reasons for this type of nosebleed are:

Everyone experiences nosebleeds occasionally, but they most often affect children between the ages of 2 and 10, seniors over 65, pregnant women, people who take anticoagulant medications, and people with blood clotting disorders. Hypertension is also known to increase your chances of getting nosebleeds.

Frequent and heavy nosebleeds can indicate a serious underlying health issue and should be checked by a health care professional. Excessive bleeding can also lead to anemia.

What are the treatments for nosebleeds?

Nosebleeds usually aren’t serious, and if you experience them, you should sit up, put your chin to your chest, and firmly pinch the part of your nose just above the nostrils. Keep your nose pinched for at least 10-15 minutes and lean forward slightly, making sure to breathe through your mouth.

Don’t lie down when your nose is bleeding. You may swallow blood when lying down, which can irritate your stomach.

After 10 minutes, release your nostrils, and check to see if the bleeding has stopped. You can also use a cold compress to help stop the bleeding faster.

If the bleeding doesn’t stop after 20 minutes, get immediate medical attention at Norman J Chan MD. You may have a posterior nosebleed that needs more invasive action like:

If Dr. Chan can identify the source of your nosebleed, he may cauterize (burn) and seal the bleeding blood vessel.

Dr. Chan may recommend packing your nose with special gauze or sponges and stop the flow of blood by applying pressure. The gauze remains in your nose for 48 to 72 hours, after which Dr. Chan will remove it for you.

Dr. Chan can address nasal fractures if your bleeding is the result of a broken nose. If you’re experiencing nosebleeds because of structural abnormalities like a deviated septum, Dr. Chan can advise you on surgical procedures to correct this issue.

To learn more about treatment options available to patients with frequent nosebleeds, call the office, or use the online scheduling tool to make an appointment today.